Catholics do not favor cremation because they believe in resurrection of the body after death. They follow the custom of burying the dead, as Jesus Christ was buried in a tomb.

Nevertheless, the attitude of the Church has changed in the recent years. It does not prohibit the process of cremation unless it is chosen as a way to deny the Christian teaching on Resurrection and reverence of the human body.

“The Church earnestly recommends that the pious custom of burial be retained; but it does not forbid cremation, unless this is chosen for reasons which are contrary to Christian teaching.” 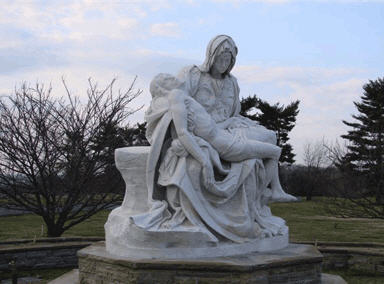 As for final disposition of the cremains, it requires interment or entombment of the remains in a columbarium, burial plot in a cemetery, or mausoleum.

Options like scattering the ashes from the air, on the ground, floating them on the sea, or keeping the cremation ashes at home are not considered respectful.

Basically, the Roman Catholics consider the body as a temple of the Holy Spirit and a member of the Body of Christ. Thus, they have great reverence for the human body. They believe that they would be raised up with the Christ at the end.

Consequently, the 1917 Code of Canon Law strictly forbade cremations except in times of natural disaster, plague, or other public necessities that required fast disposition of the bodies.

Later, though, it was modified to allow cremations if they were required by the law or some other reason not driven by a sectarian spirit.

Therefore, a cremation may be requested for hygienic, pathological, economic, and other justifiable reasons. It may also be considered if cremation is a national custom or specified by the deceased before death.

Furthermore, cremation may be accepted as a viable option in case an individual dies a great distance from home because shipping the cremated remains less troublesome than transferring a human body.

Hence, the Church still strongly recommends traditional burial as it was done for Jesus Christ’s body, but it does not reject the process of cremation.

Diocese of Tucson Catholic Cemeteries, Cremation In The Catholic Church